Are you a small business looking to grow? Look no further. On this week’s show, Kronda Adair talks about creating marketing systems to scale your business (don’t miss out on our Facebook Live video!).

Is your business positioned to scale? Learn how to create marketing systems to scale your business with @karveldigital #podcast #marketing #business Click To Tweet

Kronda Adair is the founder of Karvel Digital, an agency that helps mission-driven service based businesses automate their marketing to create a predictable sales pipeline.

She is a regular speaker at WordPress meetups and WordCamps and has been featured on podcasts such as The Kim Doyal Show, and The Out Entrepreneur with Rhodes Perry.

Her latest project is Content Bootcamp, a 10-week online intensive to teach overwhelmed entrepreneurs how to create and use content as an asset that saves time and sells for you.

When she’s not working, she can be found enjoying time at home with her wife, two cats, and Vizsla puppy, reading dead-tree books, riding one of her five bikes, or enjoying the postcard vistas of the state of Oregon.

Connect with Kronda on Social Media

Get our latest business growth tips

Subscribe to get free access to our Free VIP Resource Library, including "Are Your Growth Hacks Working?" 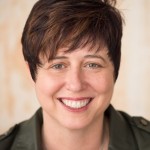 Hi! I'm Jen! I have over 25 years of training, teaching, and executive experience in leadership, strategic project planning, and digital marketing. Today, I am the founder of Women Conquer Business, a boutique consulting firm dedicated to helping women, people of color, and the LGBTQ+ community build sustainable businesses. I'm a frequent guest speaker and trainer. Get access to my free business growth accelerator and hang out with me on my weekly women in business podcast, Women Conquer Business.

We use cookies to ensure that we give you the best experience on our website. If you continue to use this site we will assume that you are happy with it.Ok